You are here: Home / Blog

Preface: This post is about a cool solution to a highly mundane problem.  Also, shout out to Scott Simmons for asking me to put these online.  I hadn’t thought to initially.

If you’ve been an Adobe video user (or is it just called subscriber now?)  for awhile, you’ve probably moved through multiple software versions.  And if you’re a professional creator who has to revisit different projects for past clients, or are used to troubleshooting idiosyncrasies, or just like hoarding, you may have several versions of Adobe’s software installed.  (I do.) Well when all those versions are opened up, it can get confusing while switching between them.  That is, until now.

David Torno over at ProVideoCoalition decided to be proactive and organize the icon clutter for Adobe After Effects, creating a neat visual versioning system.  Shortly after, Sam Parnell pitched in and created a few icon versions for Premiere Pro’s latest Creative Cloud versions.  It all looked slick, with the one small issue that the icons were all Mac OS-based.  Since I’m on Windows and I wanted to get in on the action, I decided to convert the files to the .ico Windows standard and am now sharing them for free with anyone else that will find them useful.

Download links for the Mac or Windows versions after the jump! END_OF_DOCUMENT_TOKEN_TO_BE_REPLACED 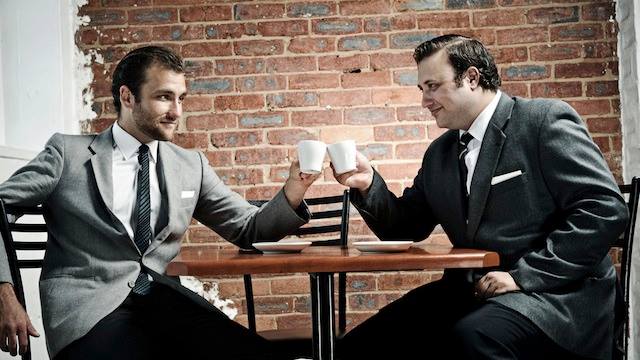 Last month, I received my first credit card from a major bank.  Normally this would be a notable experience, but not one worth writing about on a blog concerning filmmaking.  However, there’s a plot twist in the story that is worth sharing and perhaps taking a lesson from.

You see, I was denied the credit card.  I filled out the form, it was sent off for review, and I heard back shortly after: they said “Nope, sorry.”  It’s not that I was a high risk to them—they were just ambivalent about me.  Yet here I am holding it in my hand approved for use.  Why?  Because when I first walked into the bank, I connected with the people inside.  I made friends.

I believe that the ability to connect with people is a skill that is not being practiced as often as it should be or used to be.  Sure, there are plenty of people that are still great at this, but in a world of over-saturated information and constant social media, I’m sure that number is (ironically) decreasing and “ connecting ” often devolves into watered down habits of casual “liking” and updates that leave an unsatisfactory feeling of disconnection.

END_OF_DOCUMENT_TOKEN_TO_BE_REPLACED

This common childhood dream of wanting to make movies is phrased quite similarly to another one: “When I grow up, I want to go to the moon/be an astronaut!”  Despite the common verbage, the gaps of feasibility between the two have widened to astronomical degrees in the last five years.  You still have to go through years of intense training and likely multiple programs at NASA to call yourself an official astronaut.  To become a filmmaker though, just go pick up a camera and hit record.  There, some dreams are attained so easily these days, right?  …Right?

Not so fast.  Yes, as many of you may be aware, roughly five years ago saw the start of the “DSLR video revolution”, and with it came a flood of people with a brand new, inexpensive camera and a willingness to shoot whatever came their way.

However, while Canon may have happily sold a million DSLR’s each month to eager customers ready to shoot the next “Reverie”, a corresponding million filmmaking careers were not made.  Part of that is simply because a camera does not a filmmaker make. (More on this in an upcoming post)

So, what do you get when you put a camera in a huge amount of hands of people who are not filmmakers?  Find out after the jump:

END_OF_DOCUMENT_TOKEN_TO_BE_REPLACED

Preface: This isn’t necessarily to anyone, but having just stepped into this industry recently, I’ve seen the perspective described below in fellow artists and thought this way as well at times, so I decided I would address it to save myself and hopefully others from future grief.

Have you ever caught yourself trying to out-perform a fellow artist (or even co-worker?)  I used to.  Well, let me just say that one-upmanship and outperforming as goals are quick shortcuts to a lonely life.

Let’s face it: A lot of parents raising children today want their kids to be successful.  Success can mean a lot of things.  Commonly it is seen as either having a lot of money or a big spotlight (preferably followed by a lot of money).  It’s a nice dream.  It can also be a destructive one down the road.